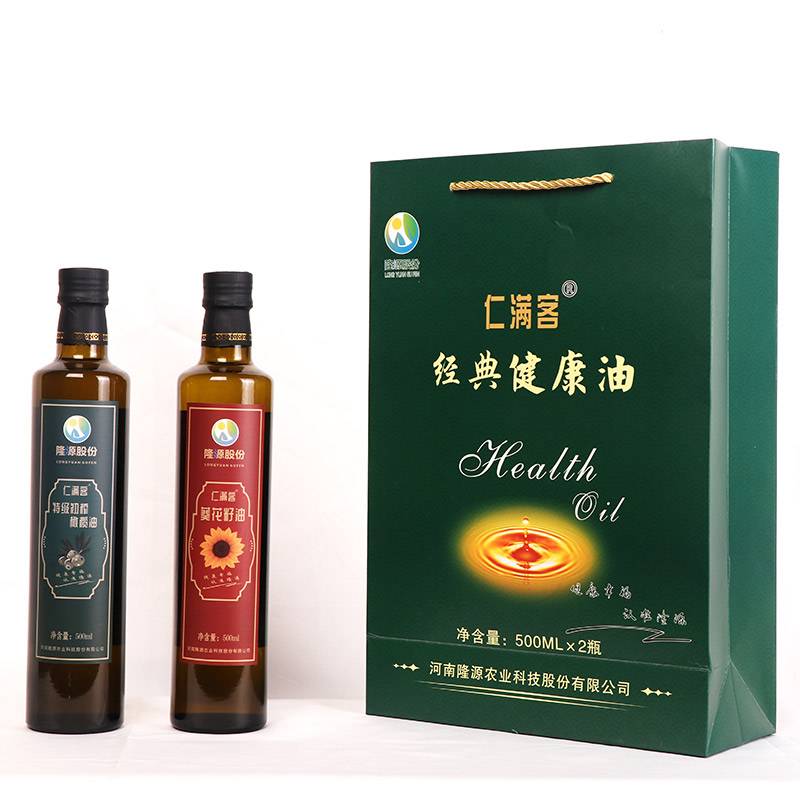 Sunflower seeds, also called sunflower seeds, are the fruits of sunflowers. Its kernels contain 30%-45% fat, and the most can reach 60%. Sunflower oil is golden in color, clear and transparent, and has a delicate smell. It is an important edible oil. It contains a large amount of linoleic acid and other essential unsaturated fatty acids, which can promote the regeneration and growth of human cells, protect skin health, and reduce the accumulation of cholesterol in the blood. It is a high-grade nutrient oil. It is golden in color, clear and transparent, and has an aromatic odor. The world’s consumption of sunflower oil ranks fourth after palm oil, soybean oil and rapeseed oil among all vegetable oils. The global output of sunflower oil is stable between 10 million and 12 million tons. Sunflower oil is one of the most important edible oil varieties in European countries. Many countries and regions in the world, such as Taiwan, Hong Kong, Japan, and South Korea, consume as much as 70% of sunflower oil.

Olive oil, a woody vegetable oil, is directly cold pressed from fresh olive fruits. It retains natural nutrients without heating and chemical treatment. Olive oil is considered to be the most suitable for human nutrition among the oils found so far. grease.

Olive oil and olive pomace oil have thousands of years of history in Mediterranean countries. They are known as “liquid gold”, “vegetable oil queen”, and “Mediterranean nectar” in the West. The reason lies in their excellent natural health benefits and beauty. Efficacy and ideal cooking purpose, the edible high-grade olive oil is natural fruit juice extracted from the first ripe or mature olive fruit through physical cold pressing process, (the remainder is chemically extracted from olive pomace oil). One of the woody vegetable oils in the form of natural state for human consumption.

●Anti-cancer can reduce the occurrence of cancer and enhance the therapeutic effect of chemotherapy and radiotherapy for cancer patients.

●Anti-aging and benefiting brain can slow down the degeneration of nerve cell function and brain atrophy in the elderly, thereby preventing and delaying the occurrence of senile dementia.

●Anti-radiation For people who often use computers and watch TV, regular food is beneficial.

●Improve the function of the digestive system. It can promote the secretion of bile and stimulate the activity of pancreatin, which can prevent and control gastric ulcer, duodenal ulcer and biliary tract diseases:

●It can enhance the bone’s absorption of mineral calcium and help prevent osteoporosis.

●The nutrient content of olive oil is similar to breast milk, it is easily absorbed, and can promote the development of nerve and bone of infants and young children, so it is an excellent nutrition for pregnant women and parturients.

●Women often consume olive oil, which can enhance skin elasticity and receive moisturizing and beautifying effects: Greece has an island called Crete in the Mediterranean, where the residents of the island suffer from stroke, cancer, and Alzheimer’s disease. The rate is the lowest in the world, there is almost no heart disease, and the average life expectancy is long. After the World Health Organization’s investigation, one of the reasons is that. The island is rich in olives, and the residents have always used olive oil as their daily edible oil: Today, the healthy diet that is best known by foreign nutritionists is the “Mediterranean diet”, an important component of the Mediterranean diet, that is, residents consume olive oil every day.

Sunflower seed oil has a low freezing point and is easily absorbed. Sunflower seed oil also contains more vitamin A and carotene, which can treat night blindness, prevent cancer, and reduce the concentration of serum cholesterol. It contains a large amount of linoleic acid and other essential unsaturated fatty acids, which can promote the regeneration and growth of human cells, protect skin health, and reduce the accumulation of cholesterol in the blood, so it is a high-grade nutrient oil. Sunflower oil can also strengthen the body and prolong life.

Write your message here and send it to us